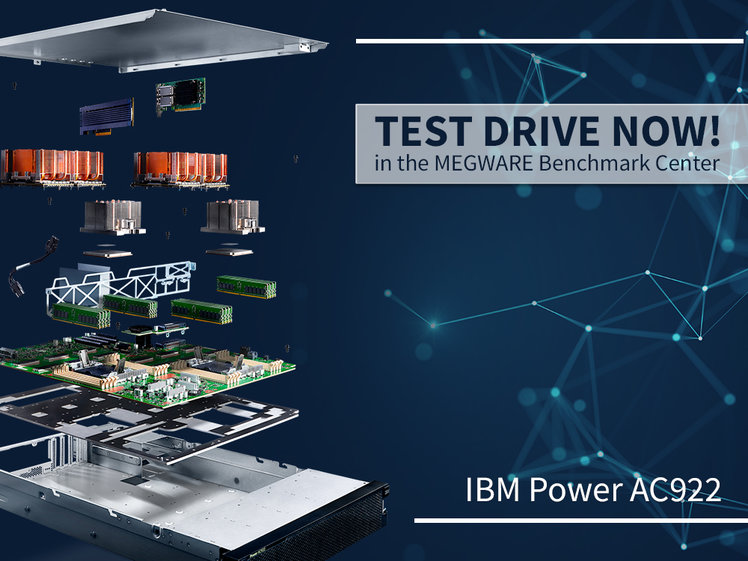 With the IBM Power System AC922, the training processes of your AI applications can be accelerated considerably. Technologies like Machine Learning, Deep Learning or Predictive Analytics unfold their full potential with the AC922.

Convince yourself of the performance of the IBM server: Test your AI applications on the IBM Power System AC922 in the MEGWARE Benchmark Center - free of charge. We will provide you with a test account and support you in setting up the system.

More information about the free test drive of the Power AC922 is available on our Power9 page.

The IBM Power System AC922 is designed as a powerful AI training platform. The IBM server offers a variety of innovative technologies for fastest data processing and highest data throughput. This includes:

The Power AC922 server in the MEGWARE Benchmark Center