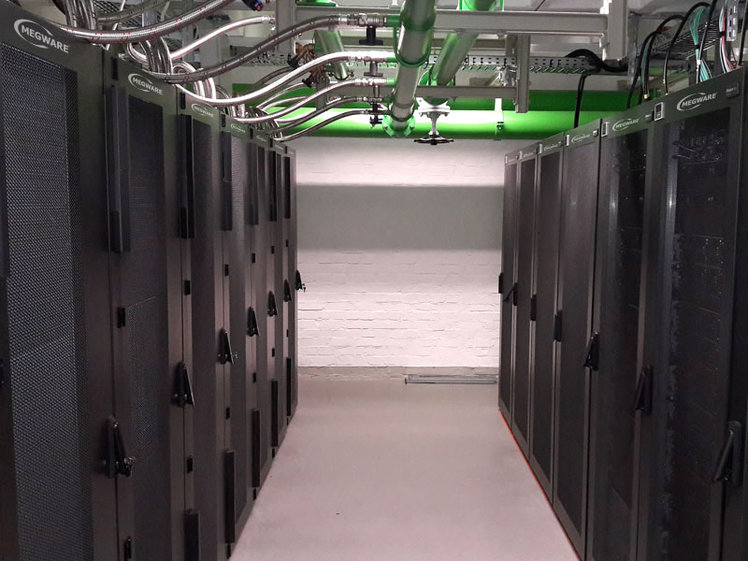 Since February of this year, the MEGWARE supercomputer GOETHE-HLR supports scientific experiments of the Center for Scientific Computing (CSC) of the Goethe-University in Frankfurt. In 2015, MEGWARE already delivered an extension of the existing high performance computer LOEWE-CSC. The new energy-efficient high-performance computer consists of 472 compute nodes and replaces the previous cluster. All nodes and systems were installed in water-cooled server racks. The nodes are equipped with Intel®Xeon® Gold 6148 CPUs and have in total 18880 processor cores. The EDR Infiniband high-speed network provides an optimal throughput of up to 100 gigabits per second with a blocking factor of 1: 2. In addition, a powerful parallel file system / scratch (BeeGFS) was installed with a total capacity of 2.4PB and an aggregated bandwidth of 30GB / s. The new GOETHE-HLR has an overall computing power of 1.45PFlop / s Rpeak. Thus, it was ranked number 449 in the Top500 list in November 2018.